A House on Fire

There was a house on fire yesterday.  Bob was all alone and trapped in the burning house.  He was really scared and screamed loudly for help but nobody seemed to hear his desperate cries.

A neighbour called the fire brigade.  Soon,the fire trucks came with their sirens blaring loudly.  The firefighters quickly set to put out the fire.

The ambulance was on standby while the police controlled the crowd of bystanders who had gathered. When the brave firefighter came out with Bob safely in his arms, everyone cheered.  Bob’s parents were very relieved that he was unharmed.

A Left Behind Girl 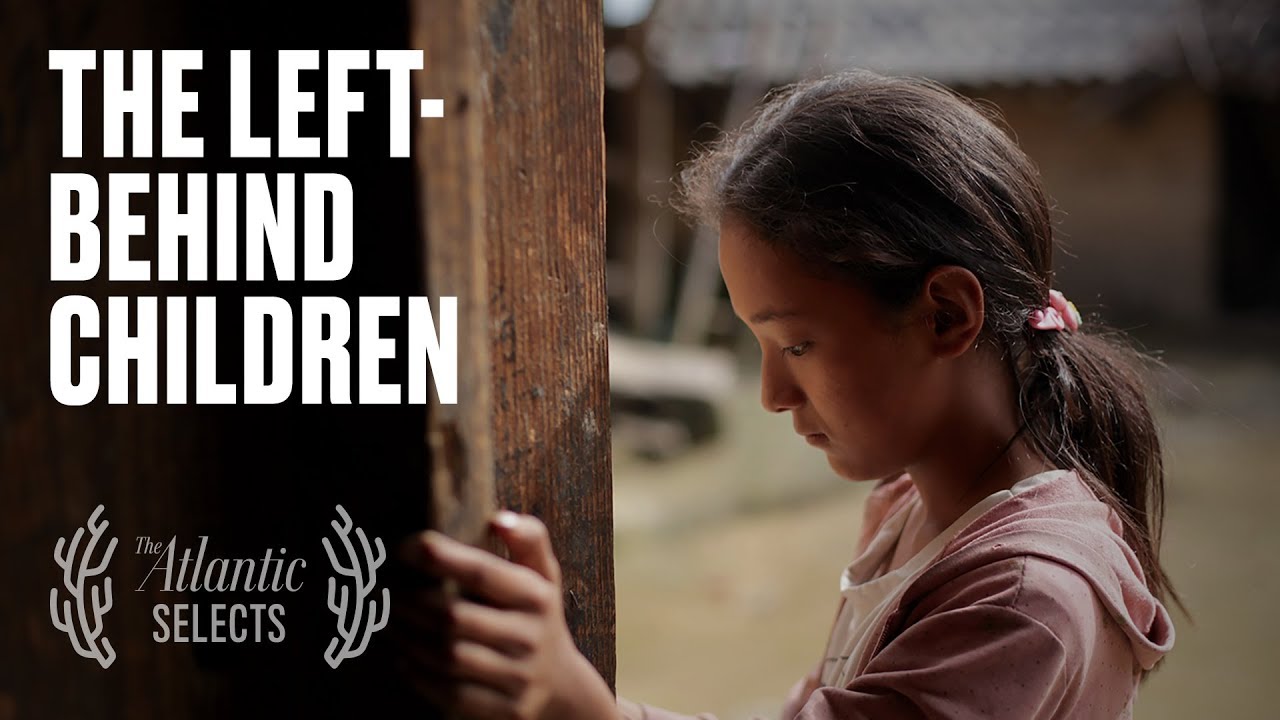 11-year-old Mei Mei starts her day at 5 a.m.  She cooks breakfast and wakes up her younger sister, Jia Jia to eat.  Both girls have to finish their homework before setting off to school.  They cannot do their homework right after school because it is often past bedtime after they have completed all the daily chores on the farm and in the house.

Just before daybreak, the sisters set out for school.  The walk to school takes an hour.  Rain has made the ground slippery but they charge ahead to make sure they do not miss the first school bell.  The girls love going to school where they can be with their friends as well as learn to read and write.

In the poor village up in the mountain, the siblings live with their ailing 80-year-old granny.  The girls’ parents, like many other parents in the village, have left to search for work in the nearby towns or faraway cities, leaving their children behind with their grandparents.  It has been more than a year since Mei Mei has last seen her parents.

In the absence of her parents, Mei Mei acts as the head of the family.  She cooks the meals, tends to the crops and the poultry on the farm while her younger sister helps out in whatever way she can.  Granny has not been well in the recent years so the girls have to take care of her and themselves.

Each night before her head hits the pillow, Mei Mei prays for her parents to return home to stay.  She feels that she is no different from being an orphan.  She does not like to have to grow up too fast or to act as an adult and carry such a heavy burden upon her frail shoulders when she is barely 11.  She wants a happy childhood like other lucky children who get loving kisses and hugs from their parents daily.  Hopefully, her prayers will be answered before her childhood is over.

Jenny and Peter are friends.  They were heading to school yesterday when suddenly, it began to rain heavily.  Jenny did not bring her raincoat along, so Peter kindly shared his umbrella with her.  Unluckily, they stepped  on a puddle and their shoes got wet.

They were already late for school but they had to walk slowly to because they did not want to slip and fall.  Fortunately, the teacher did not scold them for being late.  She understood that it was the raining.

Child labour is still prevalent among young children in the world and Padia is one of those children. Padia is a pretty 11-year-old girl who lives in Cambodia and she is strong both physically and mentally for her age.

Early each morning, Padia helps her neighbours pull a cart filled with water that weighs about 450 pounds. When the morning chores are completed, the most difficult part of her day begins.  She must head to the brick factory to work all day together with her mother and little 8-year-old sister  instead of going to school like the other kids.

At the brick factory, the temperature is around 35 degrees Celsius.  The trio are paid by the number of bricks they load during the  number of work hours worked. This task is even harder for Padia’s mom who is getting older and weaker by the day, thus she is faring badly in having to lift and carry the heavy bricks for long hours.

Padia’s dream is to become a teacher, but without going to school, how can it be impossible for her to realise her dream?  She wishes that she can go to school like other lucky kids but the mountain of debt owed by her father who had passed away five years ago, held her back.  She and her little sister have to work alongside their mom to put food on the table as there are still four more sisters at home who are younger than six.

On the other hand, her mother also wishes that all her girls can have a good education by going to school instead of working at the brick factory and ended up being an illiterate person like herself.

Lamentably, children like Padia should have the right to an education, health care, nutritious food and security, but too often, these rights are eclipsed by poverty.  Her sad and touching story has a lesson for every youngster to learn.  We, who are more fortunate must appreciate what we have.

Photo by ELEVATE on Pexels.com

Dave is a cook in a school canteen.  His wife and an Indonesian maid are his helpers. Dave goes to the market to buy fish, meat, eggs, noodles and vegetables early in the morning.  His helpers wash and prepare the ingredients while Dave cooks all the dishes.  He must finish cooking and get the food ready before recess.

The students come to the canteen and line up to buy their lunch during recess.  There are many choices available such as sandwiches, fried rice,  noodles, chicken wings and sausages.  The children lick their plates clean because they are hungry and everything tastes delicious.

After recess, Dave and his helpers wash the dishes, sweep and mop the floor, clear the litter and arrange the tables and benches.  They keep the canteen really clean.  For all the hard work, Dave only earns a profit of  $50 daily but he enjoys his job very much.

Photo by JESHOOTS.com on Pexels.com

The three things I do not like doing are teaching my younger brother Math, sweeping the floor and washing dishes.

It takes a long time to get my brother to understand a simple equation.  I have to explain over and over, but he just cannot grasp the concept at at all.  Helping my brother with his Math homework is simply taking up too much of my precious time.  I always end up losing my temper and shouting at him.  I am so glad that my mom is teaching him now.

Sweeping the floor means having to gather up all the bits of rubbish and dust.  Ugh!  Pieces of odd things sometimes stick to the broom and I have to pick them off.  I consider sweeping a dusty and dirty job.

Washing dishes is tough work.  Luckily, I rarely need to do the dishes.  Washing oily crockery takes ages and when there is a burnt pot or pan, it becomes a real chore.

It will be really nice if I do not have to carry out any of the above three tasks.  Since Mom has taken over task number one, I can easily take care of the other two by saving my pocket money to buy a vacuum cleaner and a dish washer. Thank God for advanced technology!

Photo by Susanne Jutzeler on Pexels.com

Red or green, apples are my favourite fruit.  It is a healthy fruit as it has lots of vitamin C and fibre.  So, I eat apples every day to stay healthy.

Apples are not only great for our health, they look and taste really good too.  Red apples are usually juicy and sweet while green apples can have a tart taste.

We cannot grow apples in Malaysia so we have to import them from other countries.  Luckily, they are not really expensive.  My mom always buys perfect apples for my sister and me.  Thank you, Mom!

We have a pet dog.  She was a stray but Mom took pity on her and we adopted her.  We named her Saki.

Saki is white and three-legged.  Though missing one leg, she likes to run around in the garden.  She can even run faster than my five-year-old sister.  Saki is quite naughty and playful.  She comes into the house with her muddy pawprints, leaving dirt all over our floor.  She cannot keep out of the flower beds or leave our socks and shoes alone.  Even the carpet is not spared.

Saki is a good eater.  She likes bones, cheese, eggs, bread and biscuits.  We take good care of her and in return, she takes good care of our house when we are out.  Her ear-splitting barks keep strangers away.

I love my good natured pet very much.  I know she loves me too because she always wags her tail and licks me all over my face whenever I come home from school.   I am really glad to have Saki.

The three things I like to do are drawing, colouring and gardening because it is fun doing them.

I like to draw myself and my family.  It makes me happy just to see my family together in a drawing.  I like drawing butterflies fluttering around in a garden and colouring them.  I like my pictures to be as colourful as rainbow.

Gardening is a favourite pastime for my family.  Together, we are making our garden beautiful.  I like looking at my garden, loving how our plants are thriving and flourishing.  When the flowers bloom, our garden is as pretty as a picture.  I really love it when we spend time together in our lovely garden.

What about you people out there?  What are the three things you like to do?

What Are Three Things You Won’t Do? 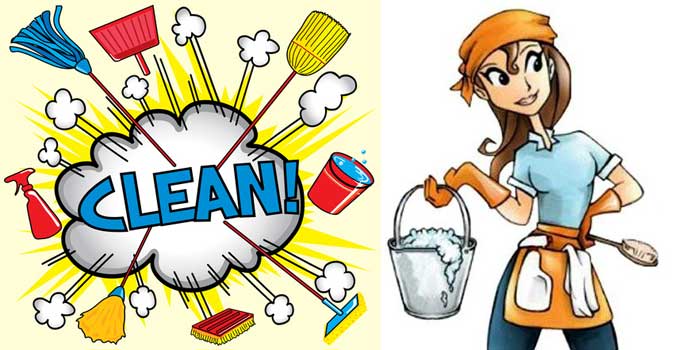 The three things I won’t do are sweeping, mopping and cooking.  That tells you something, doesn’t it?  I hate… really, really hate doing housework.

The very thought of doing house chores makes me tired.  If Mom asks me to do those three chores, I will be as busy as a bee.  Sweeping is a dusty job.  Mopping is kind of backbreaking.  I have to fill a pail of water and carry it from the bathroom in order to mop the floor.  As for cooking, I am glad I am only 9, so I am too young to cook the meals.

However, I don’t mind helping to lay and clear the table, take care of my little sister and maybe boss her around a bit.  But, please don’t ask me to sweep, mop or cook for they are the three things I don’t like doing.